The Noi are a race of people in Erthia. They are best known for their military sorceresses, the Vu Trin.

The Noi have black hair and eyes. They wear their hair tied into a tight, ropy coil. They tend to have dark brown skin. Their uniforms bear glowing blue rune-marks. The Vu Trin carry curved swords at their sides and rows of silver throwing stars strapped across their chests.

The Noi serve as a guest military force in Verpacia. They control the western and eastern passes through the Spine. They are positioned to keep Gardnerian and Alfsigr powers confined to the Western Realm. Their presence in Verpacia is part of the treaty agreement that formally ended the Realm War.

Their assassins are called the Kinh Hoang. The Noi are very mysterious and secretive. Outsiders do not know much about them other than that they are powerful. 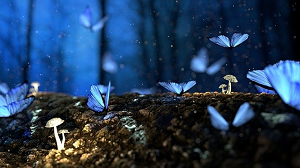